If you have been frustrated by the sometimes erratic and slow performance of the United States Postal Service (USPS) recently, multiply that frustration by 1,000 and you have a taste of how community newspaper publishers feel these days. They are asking why their newspapers are delivered with perfect punctuality for weeks, and then suddenly lag behind.

DeJoy was blunt in his replies to the group’s questions, but what he had to say was not necessarily what publishers wanted to hear. DeJoy said first class mail standards will turn from two-to-three day delivery to three- to-five days. He said air service will give way to use of trucking across the continental U.S.A.

Chip Hutcheson of “Kentucky Today” reported that DeJoy spoke of workforce problems during the covid-19 period, in which 200,000 people had been hired without increasing the USPS staffing total.

“We have too high a turnover rate in our career workforce,” DeJoy said. The result is new workers “who are inadequately trained.” Hutcheson also reports DeJoy’s enthusiasm for the strengths of the USPS system: under universal service, it delivers to 161 million addresses.

“We are strategically located…. We have a lot of opportunities. No one in the world matches our delivery network,” DeJoy said, adding, “improving access to our whole network is our focus,” rural service included.

But efficiency is deeply affected by the plummeting volume of first class mail due to widespread adoption of online services by business: “We are down to just under three pieces per delivery per stop,” DeJoy said, adding that is down from six pieces per delivery a decade ago.

USPS drivers are delivering fewer items per stop, but DeJoy seemed to take pride in purchasing larger trucks to accommodate delivery of larger packages—which are more profitable. The slowdown in regular mail delivery appears linked to his decision to require that bigger trucks be full before they are allowed to be dispatched—reducing the speed of delivery of regular mail.

“I think there is reason to believe he considers himself a trucking expert,” Attorney Rush said of the Trump-era appointee. He “is redesigning the network so that truck efficiency is a high priority. While the excess capacity in trucking has been an issue for a while, I think for newspapers the [problems] are more about how mail is handled in the plants,” Rush said.

A 10-year business plan released Tuesday, March 23 proposed $40 billion “for organizational and workforce improvements.” Rates will go up. At the meeting last Friday, publishers told DeJoy of the impact increased rates and slower service would have on community newspapers.

This is part of the March 26, 2021 online edition of The Mountain Enterprise. 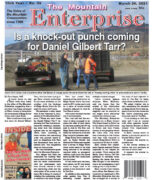 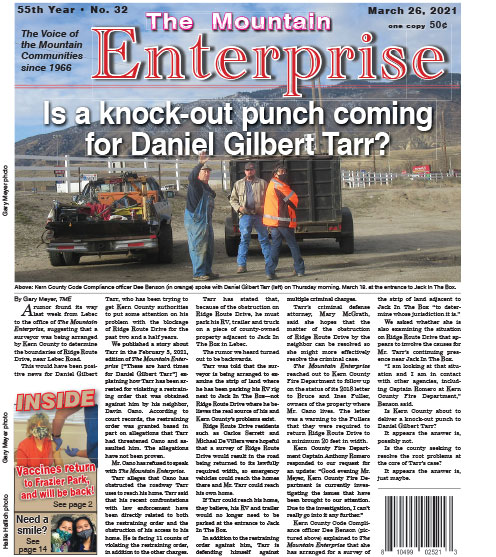