FRAZIER PARK, CA (Tuesday, Sept. 29 at 6:15 p.m.)—Today, The Mountain Enterprise was able to listen to a recorded voicemail message from an AT&T in which the AT&T rep told a customer that it could be a month before service may be restored to affected areas. The Mountain Enterprise cannot verify the scope of affected areas because AT&T, since Saturday—when residents began complaining of losses in service in the Lake of the Woods area—has not been forthcoming with information about its outage. In fact, AT&T spokesman Jim Kimberly, who is based in Chicago, said AT&T’s network department cannot see that there is even a problem in this area’s zip code, 93225. The AT&T representative we heard speaking in the voicemail recording was confused about whether the expected date for return of phone and internet service might be September 30 or October 30. Mr. Kimberly told The Mountain Enterprise he would get back to us with an update on the status of the problem, but he has not yet acknowledged knowing that there is a problem, even though one of his customer service reps was recorded giving an estimate for a solution to an outage being experienced by a customer in Lake of the Woods. Mr. Kimberly had not provided an update by the end of today.

FRAZIER PARK, CA (Tuesday, Sept. 29 at 1:05 p.m.)—AT&T’s spokesman told The Mountain Enterprise that AT&T cannot locate a problem. We have verified with several residents in Lake of the Woods Mobile Village that they have no phone or internet service and that many people there also do not have service.

Please contact The Mountain Enterprise at 245-3794 if you can find a way to make a call. AT&T is asking us to put them in touch with anyone whose service is down.

FRAZIER PARK, CA (Monday, Sept. 28)—An internet and phone outage affecting AT&T’s customers in Lake of the Woods is on its third day. Residents reported loss of services on Saturday. Particularly hard-hard hit has been Lake of the Woods Mobile Village where many elderly residents live. An AT&T spokesman called The Mountain Enterprise 10 minutes ago and said he will be calling back with an update soon.

This is part of the September 25, 2020 online edition of The Mountain Enterprise. 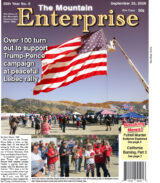 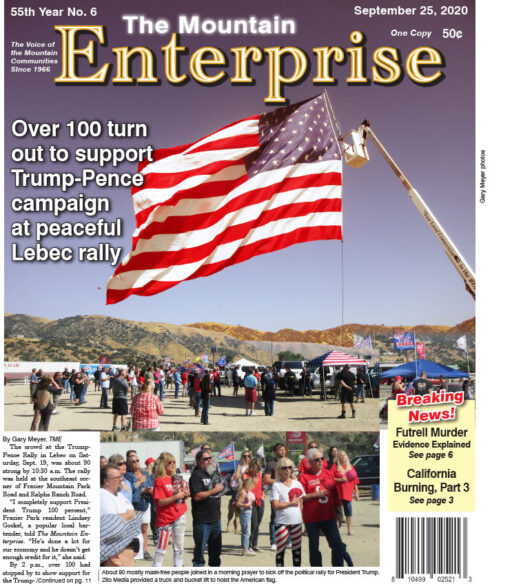