Speculation began almost immediately about the tribe’s plans to affiliate with Tejon Ranch Corporation and Las Vegas investors to establish a casino facility, possibly at the base of the Grapevine on Tejon Ranch land. A spokesperson from Tejon Ranch has denied such plans in the past.

The tribe entered into a treaty with the United States government in 1851, but was later dropped from the register of recognized tribes. In questionable dealings, California’s first superintendent of Indian Affairs, Edward Fitzgerald Beale, used federal money to set up the Sebastian Indian Reservation, then bought that and adjacent land as his private property. Beale became a multimillionaire while the Tejon Indians lost claim to their traditional land holdings.

The 270,000 acre Tejon Ranch, now called "the largest private landholding in California," was sold by the Beale family to the Chandler family of Los Angeles (who also owned the Los Angeles Times newspaper). Ownership is now held by Tejon Ranch Company, a corporation with stocks traded on the New York Stock Exchange (TRC) which is engaged in farming, mining and land development, including the Tejon Industrial Complex at the base of the Grapevine; Tejon Mountain Village (a proposed resort community of 3,450 homes, six resort hotels, a commercial center and two golf courses approved by Kern County); and the proposed Centennial development of a projected 23,000 homes that is still seeking approval from Los Angeles County.

Meanwhile, what the January 3 letter called "an administrative error" left the tribe omitted from the federal register of recognized tribes. Renewed federal recognition enables the tribe to received federal health, education and welfare benefits in addition to providing the group a variety of rights, but does not reclaim land ownership.

Kathryn Montes Morgan, the chairperson of the faction of the tribe which has been granted federal recognition following their initial petition in year 2000, is the cousin of Dee Dominguez, who filed a letter of intent to seek federal recognition in 1996 for the Tinoqui-Chalola Council of Kitanemuk and Yowlumne Tejon Indians. But Dominguez says she has not had funds to pursue the official status.

Searches of databases such as OpenSecrets.org by The Mountain Enterprise in 2009 yielded information that in 2008 lobbyist Patton Boggs, LLP is reported to have been paid $120,000 and lobbyist Tew Cardenas, LLP was paid $50,000 by the Tejon Indian Tribe. The industry category for their lobbying is listed as “Casino/Gambling.” Payments reported in 2009 diminished to $20,000, paid to the Patton Boggs firm.

In 2009 a Las Vegas casino operator was noted as helping to finance the Morgan faction’s recognition bid with about $200,000, but Morgan has refused to name the source of the funding used to achieve the change in status. She stated in a television interview last week that the idea of a casino "is so far in the future that I can’t even talk about it now."

Office of the Assistant Secretary of Indian Affairs

The Tejon Indian Tribe first requested confirmation of its status in 2006. Due to an administrative error, the Bureau of Indian Affairs (BIA) failed for several years to place the Tejon Indian Tribe on the list of federally recognized tribes that the BIA is required to publish annually. That list, entitled "Indian Entities Recognized and Eligible to Receive Services from the United States Bureau of Indian Affairs," was last published in the Federal Register on October 1, 2010 at 75 FR 60810, and the list was supplemented on October 27, 2010 at 75 FR 66124.

The Assistant Secretary–Indian Affairs discharges the duties of the Secretary of the Interior with the authority and direct responsibiliity to strengthen the government-to-government relationship with the nations 566 federally recognized tribes, advocate policies that support Inian self-determinatino, protect ansd preserve Indian trust assets, and adminster a wide array of laws, regulations and funcitons relating to American Indian and Alaska Native tribes, tribal members and individual trust beneficiaries. The Assistant Secretary oversees the Bureau of Indian Affairs and the Bureau of Indian Education. For more informaiton, visit www.indianaffairs.gov .

This is part of the January 06, 2012 online edition of The Mountain Enterprise. 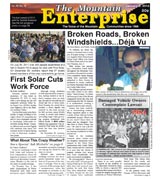 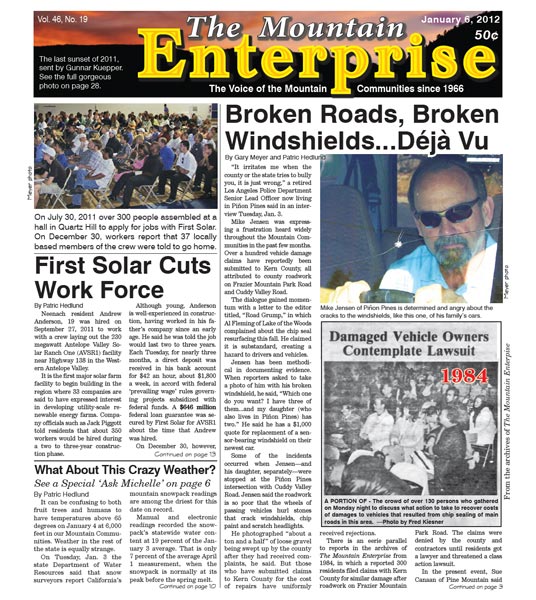