BAKERSFIELD (March 27, 2010, 4 p.m.)—Today at 10:50 a.m. Mark Ehly, 50 passed away. His wife Shannon was by his side and family and friends surrounded her following his passing, according to a report at the update website established to keep his many friends linked and informed.

Ehly was first found unconscious on December 28 at his home, suffering from an aneurysm type of stroke. His daughter wrote at the time, "There was a lot of blood and pressure in his brain. When the ambulance arrived at the hospital, my dad went into immediate surgery."

He had multiple surgeries to stop the bleeding, including one which removed a portion of the skull to minimize the damage to the brain from pressure build-up caused by the bleed. He was kept unconscious through much of January in a medically-induced coma to give the brain a chance to heal. Throughout nearly three months, his friends and family stayed linked with humor, love and prayer, exhibited frequently in website updates online (see below).

In what appeared to be an amazing recovery, by February Ehly was undergoing physical therapy in Fresno to learn how to move, sit and walk again. Then he began joking and communicating. He was brought back down to Bakersfield to the San Joaquin Hospital for another surgery scheduled for early April to replace the segment of skull which had been removed. Meanwhile, he was placed in an assisted livng facility. Friends recount that he was doing beautifully, even assembling the ingredients for tacos for dinner one night. Then, on March 22, while brushing his teeth, Ehly had a second massive stroke. This time he lost significant vital brain function.

"Our Mark fought very hard and my sweet Shannon was very brave," wrote Shannon’s brother. "Please pray for the family during this very difficult time. We are working out the details for services and once finalized I will post them here. Words cannot express what I feel right now. I am saddened and relieved all at the same time. Mark will definitely be missed," Mark’s brother-in-law said.

You can visit the update pages for Mark Ehly here (a free membership is required to view pages).

By Patric Hedlund
(The URL to the website is www.carepages.com/carepages/ehlysupdate)

This is part of the March 26, 2010 online edition of The Mountain Enterprise. 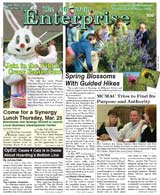 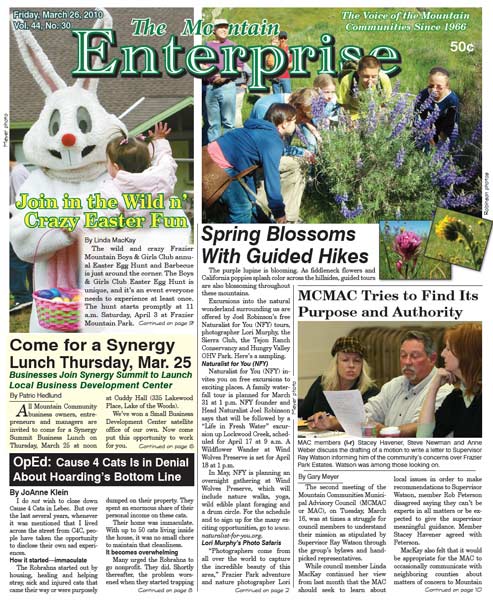