FRAZIER PARK (Thursday, Jan. 21. 2010, 4:59 p.m.)—The Kern County Coroner’s preliminary "cause of death" report has just been released in the case of Jukka Hellsten, 42. Hellsten’s body was found in Cuddy Creek about 15 yards west of the Monterey Trail bridge in Frazier Park on November 3, 2009.

According to a statement released by Deputy Coroner Regina Mancera: "After completing a post mortem examination including microscopic and toxicological studies, the cause of death for Jukka Hellsten was determined to be related to a brain bleed due to natural disease and acute drug use, as well as head trauma he sustained from a fall." The manner of death is listed as an accident.

Because of the circumstances surrounding his disappearance a week prior to the death and because of a 911 call about screaming in the creek which was received the night before his body was found, foul play was suspected. Initial reports indicate that there may be some additional investigation by Hellsten’s family.

We will provide additional updates and a full report in the upcoming issue of The Mountain Enterrpise. 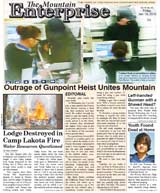 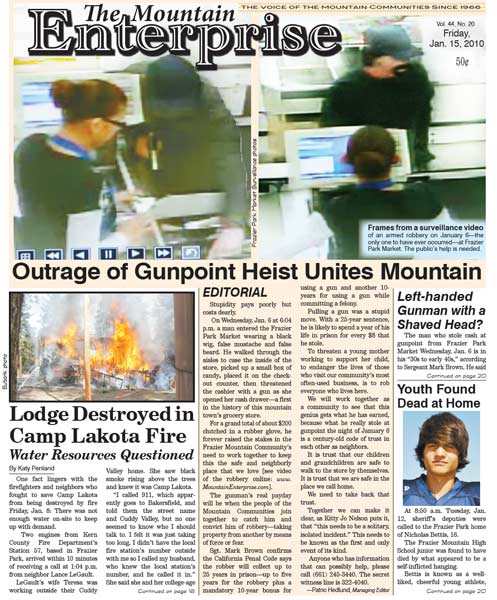