UPDATE, FRAZIER PARK, CA (Sunday, Nov. 5, 2017 at 11:05 a.m.)—Kern County Fire Department Public Information Officer Engineer Matt Redstone confirms that the coroner is on scene. A gas line rupture makes it impossible to retrieve what has been confirmed to be two adult bodies. The gas company is bringing excavation equipment to the site to cap off the line, after which the coroner will be able to retrieve the bodies, Redstone said.No identities have been released and the next of kin have not been notified.

Evacuations of surrounding homes occurred at about 5:30 a.m. when there was a small gas explosion with two trees and dry grass catching fire. Neighbors were free to return to their homes within about an hour, when the hazard of the fire spreading was contained. There was little to no wind this morning to carry embers.

See the full report in the next issue of The Mountain Enterprise, Thursday morning, Nov. 9.

UPDATE, FRAZIER PARK, CA (Sunday, Nov. 5, 2017 at 10 a.m.)— 4144 Coolidge Trail is confirmed through real estate data and county records to be owned by Carol E. Lester. We believe her nickname is “Les.” Her adopted sister is Carolyn Rhodes. They had lived in the home for “over 25 years” some neighbors recall, speaking about their cheerful demeanor and love for animals. Property records show transactions to transfer title in 2014 from the George E. Truman Trust to Ms. Lester.

Satellite images show that the house has a driveway on Truman Trail, but the lot extends southeast (up a grade) to Coolidge.

UPDATE, FRAZIER PARK, CA (Sunday, Nov. 5, 2017 at 8:01 a.m.)—Live power lines that were down in the street, one fallen over the top of a fire engine, were shut off by the power company. Gas company employees have also arrived at the scene.

UPDATE, FRAZIER PARK, CA (Sunday, Nov. 5, 2017 at 7:10 a.m.)— Neighbors report that two women, Carol and Les Lester and five dogs lived at the the location. The top floor of the structure was fully engaged in a blazing fire by 5:16 a.m. with firefighters on scene.

By 5:46 a.m. there was no top floor and most of the second level was quickly being reduced to ashes, documented in photos by neighbors who had tried to help. The smoke was seen throughout the region.

Firefighters had the perimeter of the fire secured quickly, and other homes in the neighborhood were not damaged. But the two residents are still unaccounted for. Neighbors said they had not seen any of the dogs either.

FRAZIER PARK, CA (Sunday, Nov. 5, 2017 at 6:55 a.m.)—A home between Truman Trail and Coolidge Trail burned to the ground early this morning in Frazier Park. Two adults and their pets are “unaccounted for” according to Kern County Fire Department Public Information Officer Matt Redstone. The fire was reported at about 4:30 a.m., Redstone said.

NOTE TO READERS:  During this morning, in a fast-paced breaking news situation, we have updated our reporting several times and made corrections as facts were assembled. There is an error in the Kern County Fire Department press release about this fire, about the time firefighters responded. The fire department press release says KCFD arrived at 5:30 a.m. They arrived earlier.We have photos showing firefighters with hoses out across the area by 5:16 a.m. Sunday morning. We are grateful for all the assistance we have received from KCFD and Frazier Park neighbors in reporting this breaking news and preparing the upcoming newspaper report. We extend our condolences to the many people throughout the region who were friends with these neighbors.

This is part of the November 3, 2017 online edition of The Mountain Enterprise. 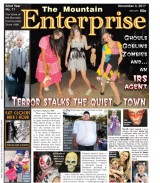 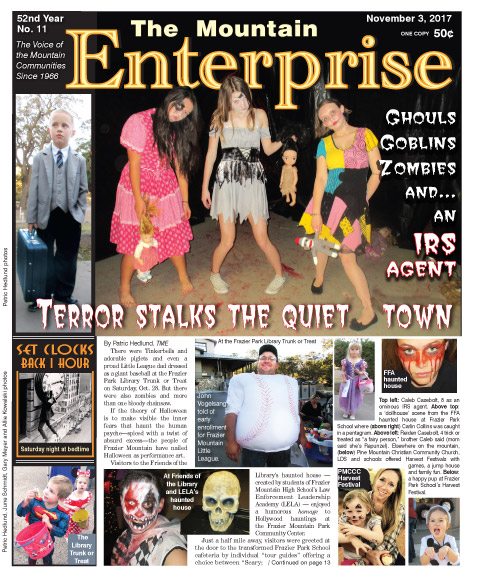