Late in 2017, The Atlantic magazine reported about 200 people gathering on a street in Bakersfield. They were protesting the police killing of James De La Rosa. He had no weapon when he was tased and shot by four police officers.

“Law enforcement in Kern County kills more people per capita than anywhere else in California,” wrote The Atlantic, from data collected over six years by the American Civil Liberties Union, published in November 2017.

While seeking to track every police killing in the United States during 2015, journalists at The Guardian in the U.K. discovered that Kern County cops—city and county—weren’t just the deadliest force in the state relative to the population, they were the deadliest in the nation.

By the time they went to press, that report…(please see below to view full stories and photographs)

This photo of Nicholas Covelli was part of an ad his family ran for 13 years, asking for helpful information from local residents. Covelli’s father wrote many letters to California’s Attorney General, seeking an investigation into use of force by Kern County Sheriff’s deputies.

The e-Edition is available now with full photos and stories at The Mountain Enterprise e-Edition. Select the 2020-0612 edition.

This is part of the June 12, 2020 online edition of The Mountain Enterprise. 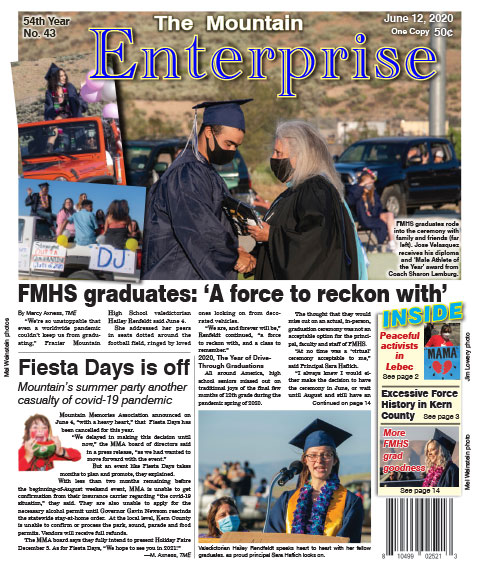