Staff members of Los Padres Forest Watch sounded a breathless late April 27 after they confirmed a coalition had just filed a lawsuit to challenge the Los Padres National Forest’s plan to pursue logging and chaparral removal on Pine Mountain in Ventura County.

The region being targeted for tree-thinning (using logging) and removal of chaparral is 16.5 miles (as the crow flies) southwest of Pine Mountain Club. It is 49 miles away to drive.

We attempted to contact Andrew Madsen, spokesperson for the Los Padres National Forest (LPNF). He did not return our call requesting comment before we went to press April 27. [UPDATE: Mr. Madsen replied the next day. “We have a policy of not commenting on litigation,” he said.]

In their formal statement, the plaintiffs said: “Today we filed a lawsuit against the U.S. Forest Service over its approval of a controversial logging and chaparral removal project on Pine Mountain in Ventura County.

“Due to the agency’s use of loopholes to approve the project, we have no choice but to go to court to ensure that the concerns of over 15,000 people who opposed the project are taken seriously.”

The coalition’s word “loopholes” is referring to the USFS increased use of “categorical exclusions” to authorize large projects, a controversial tactic which has not yet been fully tested in the courts.

The problem, plaintiffs say, is that large projects with significant habitat consequences are obligated under federal law to comply with the National Environmental Policy Act (NEPA) procedures. NEPA requires federal agencies to assess the environmental effects of proposed actions prior to making decisions. NEPA has built-in requirements for formal public hearings, which can lead to constructive negotiations rather than lawsuits, the Los Padres Forest Watch spokesperson said.

By not following NEPA, but insisting on using “categorical exclusions,” the plaintiffs say, a lawsuit is the only way to establish a dialogue with USFS about this project.

“At stake is an entire mountaintop that’s home to hundreds of species of plants and wildlife living among the towering old-growth forests and expansive chaparral that make the area so unique,”

This is part of the May 6, 2022 online edition of The Mountain Enterprise. 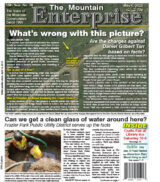 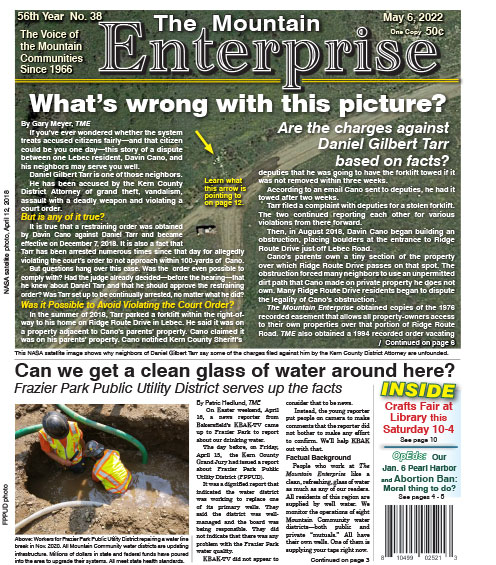