Los Angeles, CA— An association of local residents filed a lawsuit today against the U.S. Forest Service, challenging its approval of a commercial logging project in the Los Padres National Forest. The suit alleges that the project—the first to be approved in the national forest in decades—will increase fire risk to rural communities nearby.

The lawsuit, filed in U.S. District Court in Los Angeles, claims that the Forest Service violated the National Environmental Policy Act and National Forest Management Act by failing to conduct the standard level of environmental review for projects involving a commercial timber sale—especially one so large. The Cuddy Valley logging project would impact approximately 1,200 acres in an area around the base of Mt. Pinos, half of which could involve commercial timber harvest.

The Forest Service approved the project in late 2018 using a loophole to exclude the logging activities from environmental review, claiming that the project would protect homes in the area from wildfire. This limited public input from local residents, who are concerned with the potential that the project could increase fire danger in the area.  The loophole also allows the agency to forego considering project alternatives.

“As mountain residents, we appreciate the Forest Service’s intent toward fire safety, but the solutions must be long-term, done in the proper way with the protection of our forest habitat and its species thoroughly studied,” said Teresa Grow, president of Mountain Communities for Fire Safety. “We want alternatives and community engagement in protecting our own homes.”

Studies have demonstrated the importance of leaving large, fire-resistant trees in place to reduce the risk of high-severity fire. The Cuddy Valley project would allow the removal and sale of trees of all sizes.

“This project represents a major shift in how the Forest Service proposes and approves large vegetation removal projects,” said Bryant Baker, conservation director for Los Padres ForestWatch. “Past projects have not only gone through the full environmental review and public input process, but they contained limits on the size of trees that could be removed and excluded the use of commercial logging.”

Research has repeatedly shown that community-focused fire safety measures are far more effective than vegetation removal away from homes. Fire scientists point toward maintaining smart defensible space around structures, retrofitting of homes with fire-safe materials, enhancing early warning and evacuation systems, and reducing new developments in fire-prone areas as the best ways to protect people and property from wildfire.

“If this commercial logging proposal is implemented, it would make wildland fires burn hotter and faster and put local communities at greater risk,” said Dr. Chad Hanson, forest and fire ecologist with the John Muir Project. “We need to get the U.S. Forest Service out of the commercial logging business,” he added.

The Forest Service received more than 600 comments from the community during a single, short 30-day public comment period. Over 98% of the comments were in opposition to the use of commercial logging. More recently, local residents submitted a petition with 275 signatures to the Forest Supervisor requesting him to stop the project.

The plaintiffs are represented by attorney René Voss of Natural Resources Law from San Anselmo, California, with assistance from the law firm of Chatten-Brown, Carstens & Minteer LLP in Los Angeles. 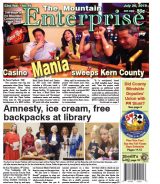 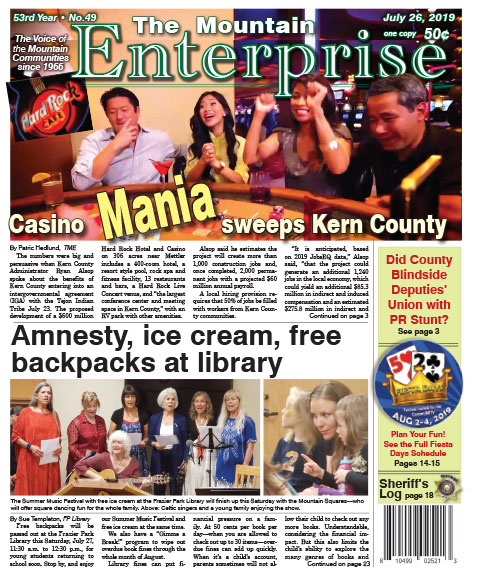