Open auditions will be held by the Mountain Theatre Alliance Tuesday and Wednesday, Oct. 1 and 2 at 7 p.m. The group is selecting its cast for their November dinner theatre production.

“‘The Musical Comedy Murders of 1940’ by John Bishop is a wildly comic romp that enjoyed a long and critically hailed run, both on and off Broadway,” producer Kat Fair wrote in a call for amateur and professional actors from throughout the Mountain Communities to audition.

The play is “poking antic fun at the more ridiculous aspects of show biz and the corny thrillers of Hollywood’s heyday, as those assembled (at least those who aren’t killed off) untangle the mystery of a stage door slasher,” Fair said, adding that the result is “a nonstop barrage of laughter.”

“The Mountain Theatre Alliance (MTA) is a volunteer organization whose mission is to bring the great plays of America’s theatrical heritage, as well as works from authors across the world, to be performed and staged by theater enthusiasts from our Mountain Communities,” Fair explained.

The group seeks volunteers for all aspects of pre-production, backstage and front-of-house support as well: “If you like to sew costumes, paint scenery, manage props, run lights, sell tickets or help in any way, please join in,” Fair said. Call 661-242-6904 for more information on volunteering or auditions.

MTA is currently co-producing the comedy “Educating Rita” at Base Camp in Pine Mountain Village. “Rita” runs September 27-28 at 8 p.m. Call 661-242-2709 for reservations and tickets. Seating is limited.

MTA has also co-produced ”The Lion in Winter,” “Goodbye Charlie” and “Rumors” with the Pine Mountain Club POA.

This is part of the September 27, 2013 online edition of The Mountain Enterprise. 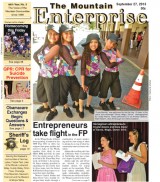 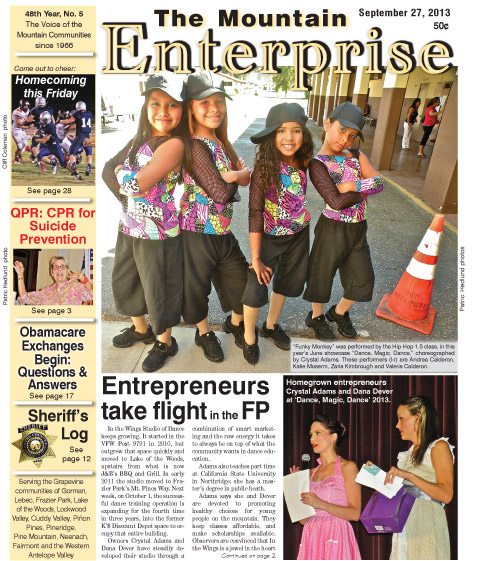