On Wednesday, Nov. 15 (as we go to press this week), the attorney for a family bringing an action against El Tejon Unified School District will be meeting with attorneys for ETUSD and a former principal of Frazier Park School.

Charles “Chuck” Mullen was removed as principal early in the 2016-2017 academic year after he allegedly terrified a four-and-a-half year old transitional kindergarten (TK) student. “TK” is a program to prepare young students to enjoy school and to gain confidence and skills in the school setting.

According to reports, then-principal Mullen entered the school’s office August 23, 2016 of the new school year and saw the child sitting on a chair.

Mullen, a tall man with a large frame, allegedly raised his voice, asked the four-year-old why he wasn’t in his classroom, approached the little boy in a threatening manner, then propelled him into the principal’s office and held the crying child upside down by the ankle. The child was reported to have become incontinent in fright and was too traumatized to return to school.

Mullen denied these allegations, which were pieced together by the family from reports of witnesses. The parents were not immediately informed of the incident, receiving only a telephone call from Mullen with what they say was a sanitized report, leaving them unable to understand their child’s level of distress and phobia about returning to school and fear of seeing “the bad man.”

A report was filed with the Kern County Sheriff’s Office by a witness at the school. School employees are mandatory reporters, compelled by law to come forward to report if a child is possibly being harmed.

The complaint was sent forward to the Kern County District Attorney’s Office, but the DA did not proceed with charges. The sheriff’s office said parents could not have a copy of the report, that only an attorney can subpoena the report.

Attorney Narine Sulahian of Encino now represents the child’s family. She said there is a “two-step process” for litigating against a public entity such as a school district. Mediation in an administrative claims process is the first step: “On Wednesday we are going into a pre-litigation mediation. If parties come to an understanding we will come to a civil settlement. It is over.”

The meeting will take place at a mediator’s office in Bakersfield.

Sulahian said if no agreement is reached, the family will file “a Section 1983 federal civil rights violation lawsuit. That means we will argue that El Tejon Unified School District permitted a pattern and practice of abuse in their school district and did not act to protect the school children.”

Sulahian added: “We feel the district attorneys should have acted to press charges. They did not…This little boy and his family have been through so much. The only thing we can ask for is monetary damages and an injunction to prevent [Mullen] from coming near children, to prevent harm to other children.”

Mullen (who still works for ETUSD), ETUSD Board President Lisa Duncan and Superintendent Rodney Wallace were invited to comment for this report. Mullen did not reply to phone or email messages. Supt. Wallace said, “As you know the district cannot comment on ongoing investigations and litigations.”

The e-Edition is available now with full photos and stories at The Mountain Enterprise e-Edition. Select the 2017-1117 edition.

This is part of the November 17, 2017 online edition of The Mountain Enterprise. 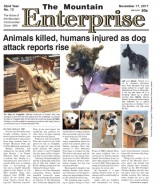 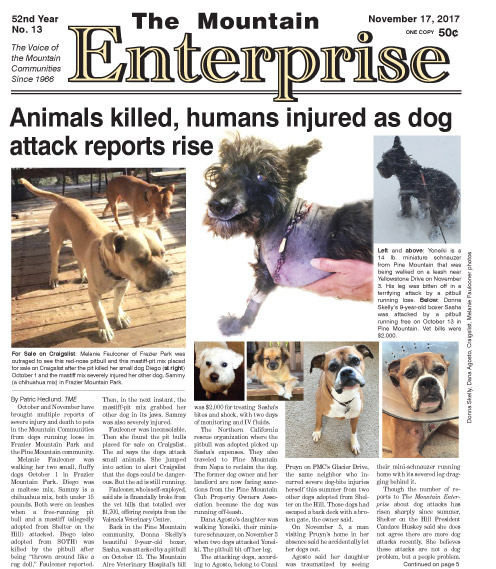