UPDATE: Tejon Ranch, LEBEC, CA (Friday, April 17, 2015 at 4 p.m.)—According to Federal Aviation Administration records, the plane that crashed on Tejon Ranch earlier this week is a PITTS S2E manufactured by Robert C. Hansen. The registered owner of the plane is Scott Ward of St. Peters, Missouri. Authorities have not identified the pilot whose body was found at the scene.

Tejon Ranch, LEBEC, CA (Wednesday, April 15, 2015 at 11 a.m.)—Authorities have arrived at Tejon Ranch after a private plane crash has been located about 5 miles east of Interstate 5, inside the ranch. One fatality (the pilot) has been reported. Crews at the scene reported that the occupant had been ejected from the aircraft. According to Kern County Sheriff’s Sergeant Mark Brown, the crash probably occurred “days ago.” [Update] According to Tejon Ranch spokesman Barry Zoeller, a ranch maintenance worker who was out checking water systems discovered the wreckage in the Silver Springs area of the ranch on Wednesday and reported it to his supervisor, who then reported it to authorities. National Transportation Safety Board personnel were at the scene. The plane was reported to have been enroute from Bakersfield to Blythe, on the California/Arizona border.

This is part of the April 17, 2015 online edition of The Mountain Enterprise. 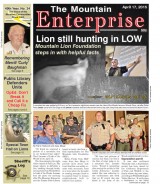 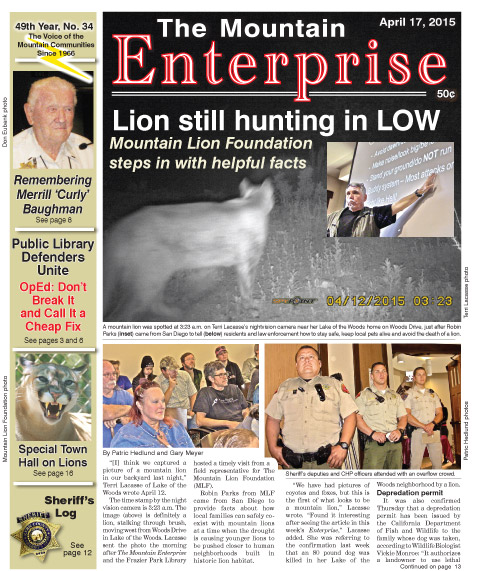