FRAZIER PARK, Calif. (Monday, May 18, 2009, 1:30 p.m.)—This report from Kern County Fire Department is part of a series of events which occurred in Pine Mountain on Sunday. The incidents are being investigated now by Kern County Sheriff’s Department. Because phone calls have been received at The Mountain Enterprise about an alleged mountain lion attack and an alleged stabbing—both of which it appears were untrue reports from youths seeking to conceal other facts—we are posting this now before all reports are available from the sheriff’s department. The full story will be available in the upcoming issue of The Mountain Enterprise, in newsstands Thursday morning.

PINE MOUNTAIN CLUB – it was reported yesterday, Sunday May 17th that there was a Mountain Lion attack in the Pine Mountain Club area.

This information was passed to the Kern County Fire Department Public Information Officer by the fire crew who rendered medical aid to the victim.

However, new information has surfaced that would indicate the victim did not receive his injuries from a Mountain Lion attack, but from an alleged altercation with a local resident.

This is part of the May 15, 2009 online edition of The Mountain Enterprise. 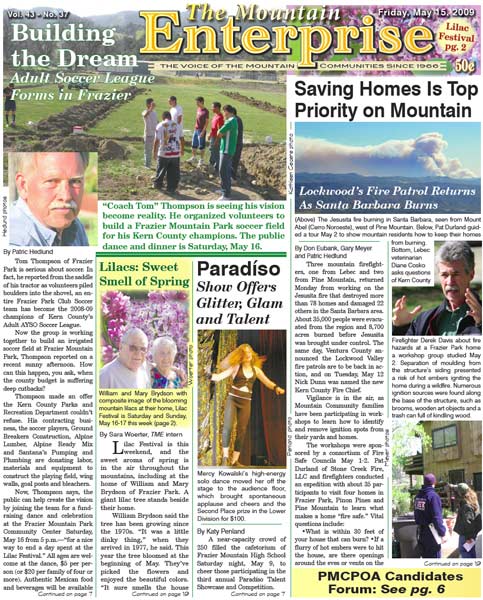