Some memories offer more colors than red, white and blue

Ride (& Walk) to Remember
Saturday, Sept. 11, 11 a.m.
Meet across the street from the Piñon Pines mailboxes.

This year marks the 20th anniversary of the 9/11 attacks on the United States. On the morning of September 11, 2001, when he heard the news, Cuddy Valley resident John Fuess was moved to get on his horse and gallop through his community, American flag in hand. Fuess was a Civil War reenacter for Fort Tejon. He knew the power of symbols.

His teenage neighbors, Caitlyn “Kate” Kennedy and Emily Brennan, saddled up their own horses the next year, to lead a larger ride. They continued the annual event until they graduated from Frazier Mountain High School.

Emily’s mother, Militsa Brennan, has kept the tradition alive. For this 20th anniversary Ride to Remember, “John will be there again, leading the charge,” Brennan said. “This is a call to all our Mountain Communities to come together, to show that even in our small corner of the world we are strong, we support and we will never forget.”

Memories are tricky. What is most memorable to one person can be absent from another’s recollection of the very same event. What we remember often depends on what we know and what we hold dear. The Ride to Remember is a community event, but each participant’s ride—and their remembering—is personal. Each may be honoring a different memory.

Nothing could be more complicated than the history of a 20-year war that began as a tactical strike against those who planned the worst terrorist attack ever on American soil.

On that day, 2,977 innocent civilians were killed by 19 hijackers who committed murder–suicide. More than 6,000 other people were injured in New York, Washington, D.C. and Pennsylvania. The plot was devised by Osama bin Ladin’s Al-Qaeda group. They were our target when the United States went into Afghanistan in October 2001.

The objective of that mission—Operation Enduring Freedom—was met when the Taliban was removed from power, and “that’s when things get muddled,” said Jeff Fredricks. A Pine Mountain Club resident and PMCPOA patrol officer, Fredricks is a former military analyst who did four tours in Iraq and one tour in Afghanistan, in Kabul.

“You start to do harder things that aren’t as clearly defined,” Fredricks said. “Nation-building is where things get difficult.” Fredricks echoed the sentiments of many veterans witnessing the chaotic end of our 20-year military deployment in Afghanistan, who say there was rarely clarity about what exactly their mission was.

Michelle Fredricks is a former Marine who worked for the Defense Intelligence Agency (DIA). She is troubled this week over the withdrawal, which she called “a disaster.”

She said it is heartbreaking: “Look at all the people who died alongside us, fought alongside us—for what, we didn’t know.”

Fredricks has lost friends. She has lost family. “And then,” she said sadly, “it ends like this.”

In our 20 years of war in Afghanistan, according to Brown University’s Cost of War Project, 2,448 U.S. soldiers died and more than 20,000 were wounded.

Michelle Fredricks’ cousin Shawn McNabb was one of those American fatalities, an Army staff sergeant killed in a helicopter crash in October 2009. He was 24.

Fredricks has not yet spoken with her aunt (his mother)about this week’s troubling Afghanistan exit, but worries that she may feel like many of the veterans Fredricks has been hearing from on social media support forums—that her son’s death was for naught, the war a failure. As a mother, she gets it.

“My son is deployed right now,” Fredricks said, adding, “if my son died right now in Afghanistan, I would feel he died in vain.” Fredricks’ son Jason is serving with the Coast Guard patrolling the Persian Gulf.

It cost $2.26 trillion for the U.S. to train and equip the Afghan military and for nation-building. But Fredericks said Afghanistan is not a nation.

“We still gave them weapons, their police force,” Fredricks said, adding that every other nation that has invaded Afghanistan tried to do the same thing. “I don’t know why we thought we could. How I sum it up in my own head is, it all seems like hubris: ‘We’ll be the one to do this’.”

Fredricks realizes many don’t have the information that provides nuance and background to such tragedy, including her aunt. But she says they should.

“Mothers need to know this. They’re giving their babies to go fight these wars.”

“When I left DIA to take care of my kids,” she said, “that is patriotic: I’m raising the next generation of Americans.”

For those seeking assistance or feeling triggered by these events, help is available:
Veterans Crisis Line.
800.273.8255 (Press 1)
Text 838255 or go to
www.VeteransCrisisLine.net

The e-Edition is available now with full photos and stories at The Mountain Enterprise e-Edition. Select the 2021-0820 edition.

This is part of the September 10, 2021 online edition of The Mountain Enterprise. 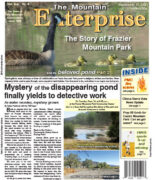 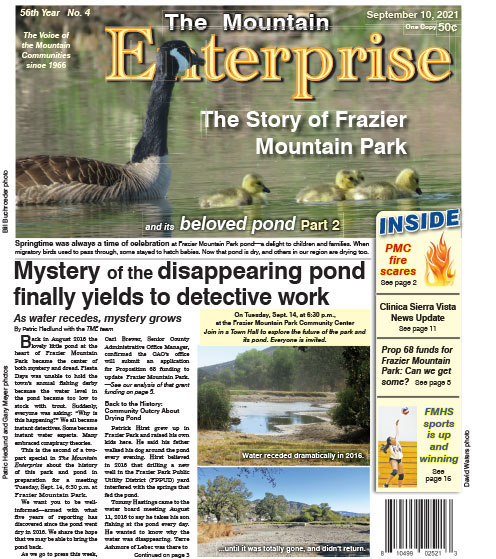