Lost Hills, CA (Friday, Aug. 28, 2015 at 3 p.m.) —Tyler Townsend, spokesman for the Kern County Fire Department (KCFD) reported from Lost Hills about a possible insecticide overspray of solar farm construction workers today. He said that just after 8 a.m.this morning, the KCFD received a call from  the 16000 block of Twissleman Rd. at the solar farm construction site.

The first on-scene engine company met with the on-site management team to understand what the conditions were and determine how many potential employees needed to be assessed. Sixty (60) employees were potentially exposed. KCFD firefighters assessed all 60 people. Thirty-three (33) people were sent through a decontamination process. Following decontamination, all 33 people were sent to the on-site medical group, managed by Hall Ambulance staff, where paramedics and EMTs performed an assessment. Two people were transported to the hospital.

Original news reports said about 20 people were suffering from symptoms including vomiting and bloody noses, Kern County Fire Capt. Cary Wright was quoted as saying. “But Paramount Farms has said no spraying occurred Friday at the location in the 16500 block of Twisselman Road,” the Bakersfield Californian reported.

Prior to decontamination, firefighters performed air monitoring near all victims, as well as around the perimeter of the incident to assure the area was safe, KCFD’s Townsend reports.

This is part of the August 28, 2015 online edition of The Mountain Enterprise. 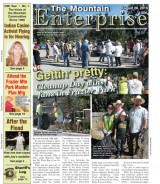 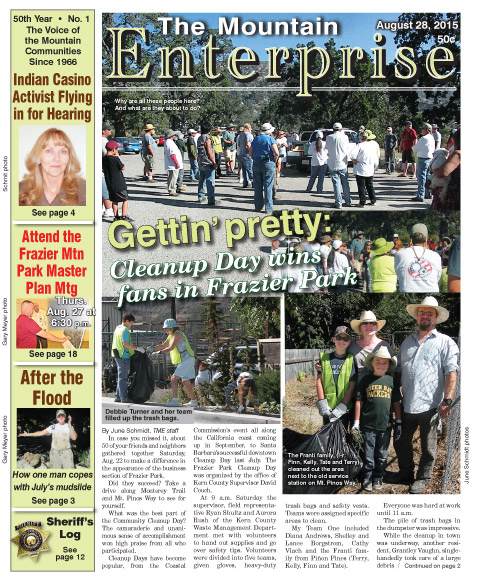