On January 22, the FMHS cheerleading competition team held a “Good Luck Potluck.” Parents, friends and supporters attended to wish the squad well as they embark on this new season of competition.

To kick off the evening, the girls performed a variety of routines that they plan to use to qualify for the United Spirit Association (USA) National Competition at the end of March.

They showed off their gymnastic skill by creating group pyramids, doing back flips, front flips and even air flips.

It was the first time senior cheerleader Amber Piper’s grandmother had been able to watch the group perform. Janette Quie said she “definitely liked the experience” of seeing the team in flight. “It was fun and…nice I was able to come and see her,” the proud grandma said.

The girls have been training extremely hard…and not just for the competition.

On February 11, the team is going to the Los Angeles Clippers vs. New York Knicks game at Staples Center in Los Angeles. They won’t just be watching the game, though… the girls will be performing at half-time!

“Cheerleading is such a great [team] sport. We work together and support each other. Some people think it’s just dancing and throwing people in the air—when it’s so much more. We’re family!” said cheerleaders Kailie Shillig, Caroline Evans and Crystal Pineda.

This is part of the January 30, 2009 online edition of The Mountain Enterprise. 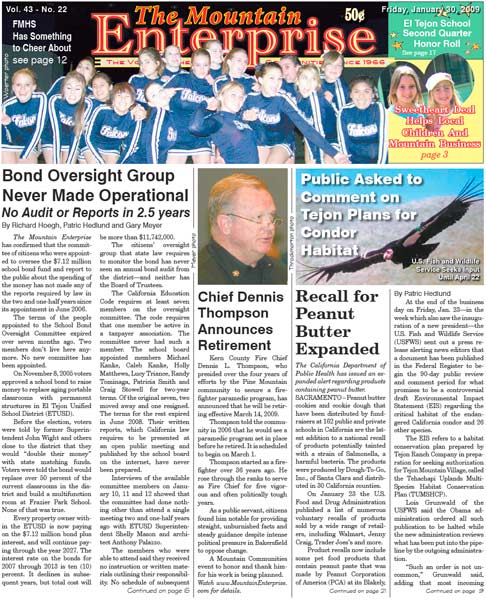