U.S. Forest Service firefighters are like brothers and sisters, aunts and uncles in these Mountain Communities. Many of them are our own children and neighbors. They are family—the people we rely upon when the worst is happening around us in this beautiful “wildland-urban interface” we call home.

But in a meeting May 14 at the Frazier Park Library, USFS firefighters faced off defensively against about 70 members of the Mountain Communities whose hearts were breaking. Many of them expressed distress at what is about to happen in two of the most iconic areas of the forest that surrounds them.

It said LPNF Supervisor Kevin Elliott in Goleta had “signed the Decision Memo on November 13, 2018.” The public had been given only a 30-day “scoping” window for what Mt. Pinos District Ranger Tony Martinez calls a “forest health/fuels reduction project” in Cuddy Valley and a “forest products and vegetation project” on Tecuya Ridge—a title later modified to a “shaded fuelbreak” in an April 9, 2019 Decision Memo about Tecuya. The community is calling both plans “logging projects.”

Ranger Martinez flinches when he sees the “L-word” in a headline.

“Words matter,” Martinez said at a Mt. Pinos District Open House held at the Chuchupate office on Saturday, May 11. Members of the public were offered free hot dogs and soft drinks. The event appeared to be a belated PR push by the ranger to buffer a growing tide of alarm being expressed in the community by the lack of an environmental impact statement for the projects, and the choice by USFS administrators to use a “Categorical Exclusion” (CE) fast track method to omit public hearings before the decision memos were issued.

Patrick Kennedy of Cuddy Valley said he respects forest service firefighters, but “they only follow orders and [old] science that may have changed.” He said he wants to hear about “the latest science” and to have public input.

James Coccoluto of Pine Mountain Club was alarmed to learn that the meeting was being held to hear about decisions already made. Martinez said, “I don’t make the decisions.”

He said he was representing Forest Supervisor Kevin Elliott. The last question was how residents can speak with Elliott.

To be continued  •  See Part Two

Patrick Kennedy of Cuddy Valley said he respects the forest service but is concerned.

The e-Edition is available now with full photos and stories at The Mountain Enterprise e-Edition. Select the 2019-0517 edition.

This is part of the May 17, 2019 online edition of The Mountain Enterprise. 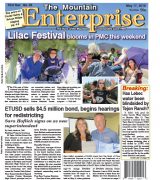 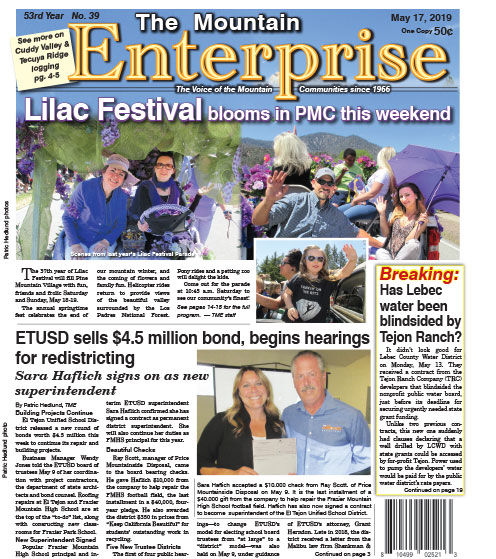