NEENACH, FAIRMONT, CA (Sunday, Jan.1,2012 at 5 p.m.)—The report has been confirmed by a worker at the facility. He said about five vans of workers, filled with 12 workers per van, were assembled and told … 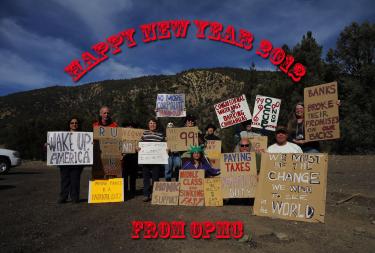 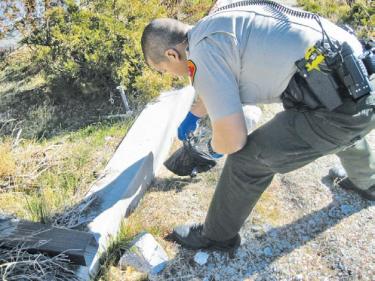 By Patric Hedlund with reporting and photos by Pam Sturdevant

Our first AARP general meeting of 2012 will be on Thursday, Jan. 5 at 12 noon in the community hall at Frazier Mountain Park. This is a potluck luncheon, so please bring your place settings.

This charming letter came in this summer from Michelle Maga.

State of the County Speech Focuses on Energy Jobs

‘Apply Yourself’ is Key to Cash for College

Principal Dan Penner gets pink slip and put on leave

Teachers in ‘Work Together’ Rally to Bring Back 154 Students

New Plants for the New Year

The New Year is on the horizon and shiny bright promises for turning over a new leaf or two affix themselves in our minds. As a ...

Students and parents met with ETUSD’s superintendent to seek a way to restore high school sports that were dropped due to budget cuts.

From Neenach to Africa: Neighbors Work to Find Water for African Villages

Dee Bumgardner (in pink wig) raised $1,000 to help others with expenses of breast cancer treatment.

The stands were full for homecoming. It was cold for the fans, but the team was hot.

A Note of New Year’s Thanks

[From December 30, 2011 issue]—This is the last publication of 2011 for Hometown Publishing. As we bring this year to a close, the faces of more people than we can mention come to mind as ...

Top Stories for 2011 and The Year in Photos Special Edition

This is an issue you’ll also want to buy at the newsstands. The Year in Photos is a special edition to look back over the past year. Have a glimpse here and enjoy the hotlinks, ... 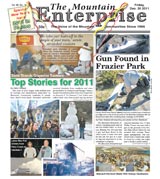 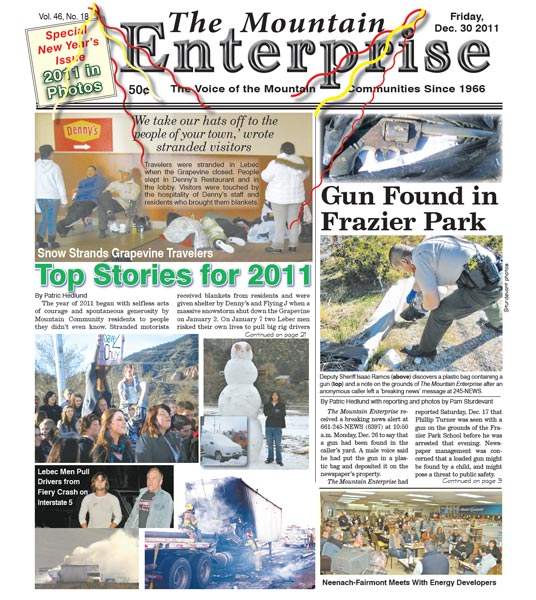