Initial reports are that eight to ten young white males had enticed the man to pull money out of his pocket by handing the man $300 and then pretending to play a card game. When the man pulled $450 of his own money from his pocket, one young man—said to be 18 to 20 years old with strawberry blonde hair—grabbed all $750 and all the youths ran west of the buildings at the rest stop. Officers were unable to find them upon arrival, Brown said.

Reports were received about a similar incident at the rest stop on the northbound side of the freeway fifteen minutes later, then another further north at a truck stop in the northern part of the county an hour later.

According to Brown, the crime may be reported as either robbery or grand theft and possibly abuse of the elderly.

This is part of the March 20, 2009 online edition of The Mountain Enterprise. 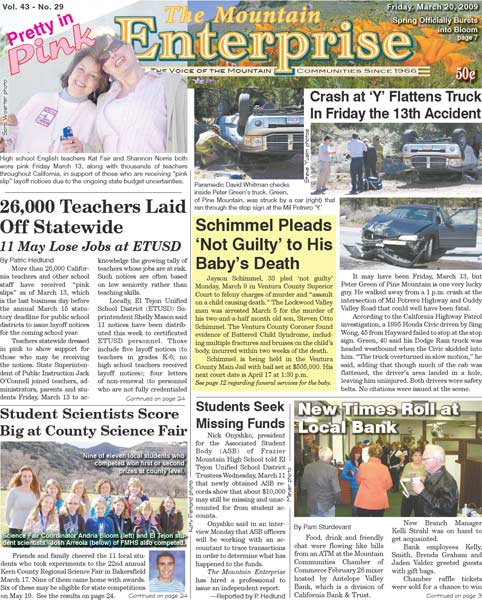