For the second time in eight months, last week tears flowed freely in the gymnasium of Frazier Mountain High School as students gathered to remember a classmate.

For the second time in eight months, stunned family, friends and community gathered at the school to mourn beneath the heavy cloud of the unspoken question: “Why?”

In April 2009 these same bleachers were filled with confused and grief-stricken high school students reeling from the loss of Michael Manning, 15 who was killed in a tragic fall down the cliff face of San Emigdio Mountain, just northwest of his Pine Mountain home. The date was April 20, 2009.

On January 14, 2010 the football jersey of Nick Bettis, 16 was draped across the gym’s podium. The number 6 symbolized the popular young man who had been designated as a starting Falcon quarterback for next year.

This is part of the January 22, 2010 online edition of The Mountain Enterprise. 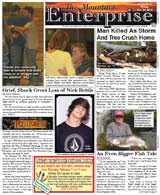 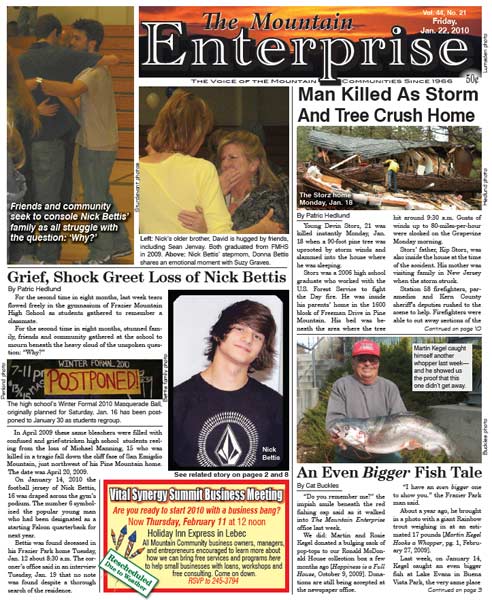