FRAZIER PARK, CA (Wednesday, Nov. 20, 2019 at 11:54 p.m.)—Eleven law enforcement vehicles converged on a house at Nebraska Trail near East End Drive this evening after shots were reported to have been fired between 7:30 p.m. and 8 p.m. A man believed to be named Kevin Wilson was refusing to leave the residence, instead going in and out of the house, shouting at deputies from a balcony front porch area. Kern County Sheriff’s deputies called for a canine unit while negotiators tried to reason with the man. California Highway Patrol and Los Angeles County Sheriff’s deputies assisted at the scene.

This is part of the November 22, 2019 online edition of The Mountain Enterprise. 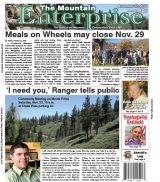 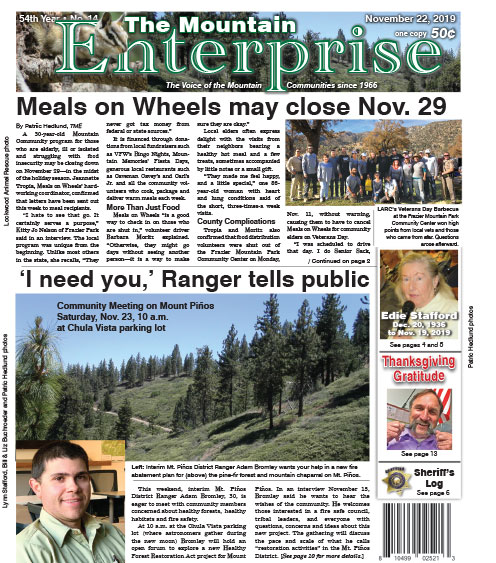