By Patric Hedlund
UPDATE—LEBEC, CA (January 20, 2012 at 5 p.m.)—The Mountain Enterprise has confirmed that California Department of Fish and Game wardens have completed their investigation of "illegal take" of mountain lions on Tejon Ranch and delivered  evidence to the Kern County District Attorney’s Office.

According to DFG information officer Patrick Foy, the evidence is in the hands of Deputy D.A. John Mitchell.

Mitchell said in an interview this afternoon that he can "neither confirm nor deny" that he is looking into the case, because "there is nothing of public record that we have in our hands at this time." He confirmed that one of the functions of his office is "to review investigations that come before us from other agencies," and that he is in the consumer fraud, environmental and white collar crime division.

More details will be printed in the next issue of The Mountain Enterprise newspaper.

LEBEC, CA (January 20, 2012 at 1:43 p.m.)— Tejon Ranch has issued a press release stating that its investigation into allegations of illegal hunting of mountain lions on its property has confirmed unauthorized lion hunting took place.The company has temporarily suspended its hunting programs on the ranch. Longtime manager of ranch operations, Don Geivet, who also managed the hunting program, retired after over 30 years of service shortly after the allegations were lodged. Geivet is alleged to have given hunting guides orders to illegally hunt lions. Nothing in the press release mentions Geivet.

The suspension, though temporary and voluntary, will last as long as is needed to conduct a thorough evaluation of the Ranch’s hunting and access programs and make whatever operational changes are deemed necessary.

The Company is taking the action in light of the results of a year-long investigation into allegations that mountain lions were taken on Ranch property without depredation permits as required by California law.

Once it was informed that lions may have been taken illegally on the Ranch, the Company immediately began an investigation into those claims and turned over the results of its investigation to the Department of Fish and Game (DFG).

The Company and its executive management team provided its full cooperation throughout the official investigation. The investigation determined that over the last 20 years, since the passage of Proposition 117 in 1990, which introduced new restrictions and regulations regarding the take of mountain lions in California, there had been incidents where mountain lions were taken on the Ranch without prior authorization.

The investigation further determined that those unauthorized actions were neither approved nor encouraged by the Company and, in fact, were never reported to the Company’s executive management, or to the DFG, in clear violation of Company policy and the state statute regulating the take of mountain lions in California.

“I was appalled and outraged when I learned the results of the investigation,” said Robert A. Stine, president and CEO of Tejon Ranch Company. “Tejon Ranch did not then, and certainly does not now condone such activity, and we sincerely regret that such activity took place on our Ranch. Accordingly, we are taking every step necessary to ensure it won’t happen again.

Tejon Ranch is committed to the responsible stewardship of its land, including the wildlife that inhabits the Ranch. Tejon Ranch has a long history of such stewardship, including its voluntary ban on the use of lead ammunition on the Ranch and other actions taken to assist in the recovery of the endangered California condor.”

The suspension of normal hunting activities and subsequent review is being undertaken with the cooperation of the DFG. Experts from Fish and Game and the U.S. Fish and Wildlife Service agree that it is in the long term best interests of conservation for responsible hunting to continue on Tejon Ranch, given that it is important to maintain a proper balance of wildlife in a given habitat; and on-going hunting is a critical component in maintaining that balance.

Tejon Ranch Company will work closely with the DFG in examining every aspect of the Ranch’s hunting program. The Ranch’s goal will be to institute best hunting management standards and practices, including a full examination of whether allowing unsupervised access to the Company’s 422 square miles of Ranch property may have contributed to this unfortunate series of events.

“While it’s in the long term best interests of conservation for hunting to continue on the Ranch,” said Stine, “we believe a short-term suspension of our normal operations are necessary to determine the best way to operate the hunting program to ensure that these actions never again occur on Tejon Ranch, even if that means severely restricting hunting access to the Ranch.”

Participants in Tejon Ranch’s hunting and access programs should soon receive instructions outlining the procedure for obtaining a refund of their unused portion of their hunting and/or access membership. Any questions regarding this suspension and the refund of fees should be directed to Tejon Ranch’s Wildlife Management Division at (661) 663-4210. 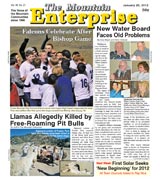 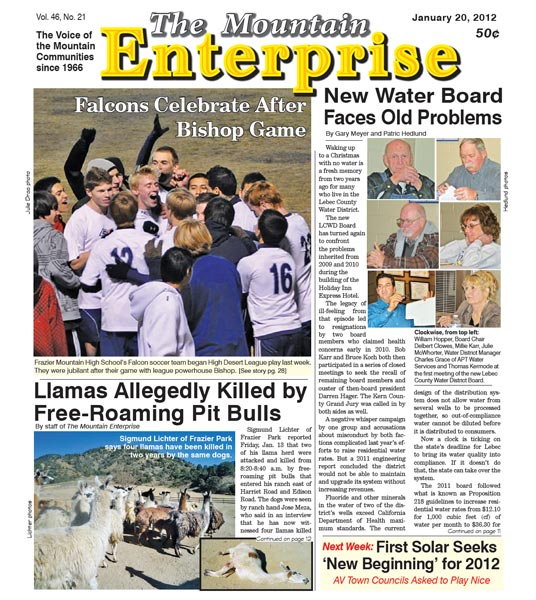