UPDATE-LEBEC (Saturday, July 3, 2010, 3:30 p.m.)–All lanes have been opened on the I-5 near Grapevine and traffic was flowing again by 12:40 p.m. Three vehicles were involved in the accident that closed the northbound lanes for several hours. According to the California Highway Patrol, at 8:42 a.m. a CHP officer advised CHP dispatch that a runaway truck was traveling at approximately 85 miles per hour northbound on I-5, south of Grapevine Road, cutting across lanes.

The big rig continued northbound for approximately one mile and attempted to stop on the right shoulder. Big rig driver Guillermo Martinez, 47 of Hialeah, Florida made an unsafe turning movement and the truck overturned on the right shoulder of Interstate 5. Martinez suffered minor injuries, the CHP officer suffered moderate injuries and Ash suffered minor injuries. All parties were taken to Kern Medical Center for treatment.

UPDATE-LEBEC (Saturday, July 3, 2010, 10:20—All northbound lanes on the I-5 Grapevine from the Lebec overpass to Grapevine are backed up due to a multi-vehicle crash at about 8:40 this morning. Traffic is now proceeding northbound at about 5 miles an hour.

According to an interview with California Highway Patrol Officer Patrick Etchebarne at the scene–who cautioned that his information was based on preliminary witness reports–at 8:42 a.m. a runaway big rig traveling northbound was reported on the I-5, descending the Grapevine pass, reaching speeds of possibly 85 miles per hour. CHP Officer Christalleer (phonetic spelling) tried to get in front of the big rig to assist in slowing the truck. It appears at the scene that the CHP vehicle then hit the divider or guard rail in the number one (fast) lane, then collided with a Honda Pilot.

Officer Christalleer (phonetic spelling) has moderate injuries, including injuries to his back and has been taken by ambulance to medical care. There were other injuries at the scene, but those are unclear at this time. Caltrans is at the site cleaning up the spilled diesel. The CHP cruiser has been towed. There may have been three or four vehicles involved, but much is now cleared. Traffic is resuming, very slowly.

There were two Hall ambulance units on scene. The medevac helicopter was cancelled.

LEBEC (Saturday, July 3, 2010, 8:50 a.m.)—All northbound lanes on the Interstate 5 Grapevine are closed as a runaway big rig accident involving multiple passenger vehicles is being cleared. According to early California Highway Patrol reports, the truck’s brakes caught on fire as it gained momentum from the top of the Grapevine and finally overturned on the right hand shoulder, spilling diesel fuel across all lanes. The truck came to rest north of the scales at the bottom of Grapevine. Caltrans is cleaning the diesel up at this time, with all lanes stopped at the moment. An ambulance is responding. There was an early report that four passenger vehicles are involved, near the town of Grapevine. Our reporter is on his way to the scene and we will provide additional updates as more information is available. 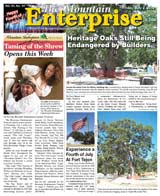 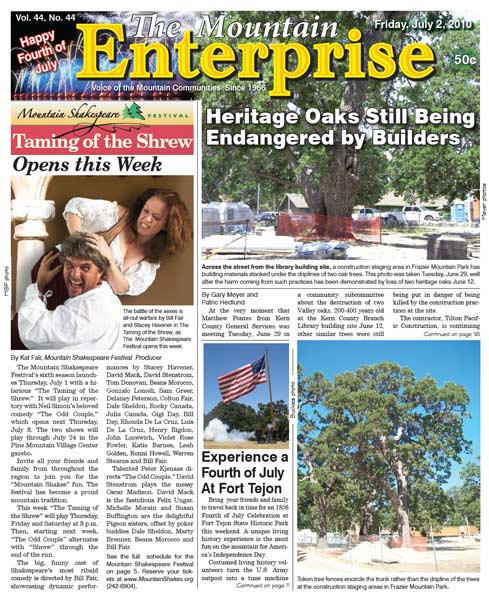